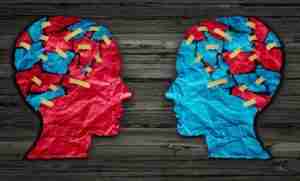 I brought up politics over cocktails and here’s what happened.

It was an experiment.

Pretty certain that the guy I was meeting with was on the other side of the political spectrum, I asked him what he thought about the election. Over the next half hour we had a spirited discussion about the players, major political issues and the state of the country. It got tense a couple of times, but I worked hard to guide the discussion along an understanding and respectful route.

The entire reason I brought it up was to see if there was any way to have a civilized discussion while being fairly certain that neither one of us was going to leave the conversation having changed positions.

The nastiness, name calling and stretching of the truth that spews forth from both sides would lead you to believe that civility is dead. I don’t believe that, but keeping things civil does require a few things.

How to Keep it Civil

There aren’t many subjects more volatile than politics or religion so avoid those topics altogether. But the three requirements above are also relevant in business situations.

Civility in the Workplace

Anytime you find yourself on the opposite side of a colleague or a demanding client there’s much to gain by managing behavior and mindset to foster understanding and collaboration. At minimum you’ll prevent your head from exploding or your heart from going into cardiac arrest.