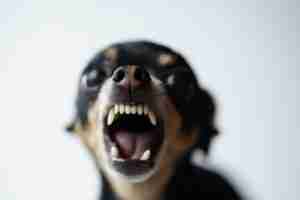 Certainly we’ve all wished after the fact, that we could have have averted a confrontation and instead had a civil conversation. It’s unnerving to think that misunderstanding and disagreements can happen before both people have even had a chance to speak.

It happens because we’re smart and thinking ahead. We interpret what the person has said to have a deeper meaning that the words that were uttered. In our heads it’s “I see where you’re going with this.”

What is asked: “What prompted you to take that approach?”

What is heard: “Why did you take that dumb approach when there’s a much better, smarter option?”

Assumptions can be poison

When we shift the meaning of the question based on assumptions, our response will typically be more long-winded than is called for and perhaps even defensive.

A reasonable answer to the original question could be: “I considered a few approaches and this one felt like the best option.”

If that doesn’t answer the question sufficiently, people will generally just ask a follow-up question.

Assuming meaning has led me down uncomfortable conversational paths that neither of us ever needed to be traveling. It’s not a fun trip. Instead make the mental shift from confrontation to conversation.

File this under: Gee, ya think?! But the problem is that when we feel attacked – which is what’s happening when we make an assumption of judgment- we react.  Often unpleasantly if our impulse control is lacking.

Just doing a quick mental check-in and answering the question as if no judgment was intended, avoids creating a problem that never would have developed.

It takes practice, but like they say, practice is better than having an awkward conversation. (No one says that, but they should.)

For more about assumptions and the trouble they can cause, check this out.