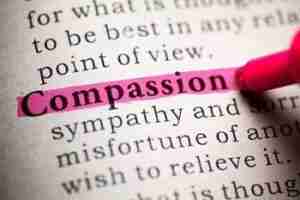 A news story shares the predicament of a 69 year old grandmother in France who was locked in her bathroom for three weeks before being rescued. She banged on pipes to attract the attention of her neighbors. But the neighbors thought the excessive noise was being made by workmen and started a petition to cease the incessant banging. You can read the story here…
http://www.msnbc.msn.com/id/40351842/ns/world_news-europe/from/toolbar
An equally fascinating part of a story is how people reacted to it, found in the comments that follow is . For this story, a few broad categories of responses emerged…

1. Poor thing, it must have been so traumatic.
2. How sad that her children and grandchildren don’t call her regularly to check on her.
3. Her neighbors are French so of course they are selfish, unfeeling and punitive.
4. She is French so of course she is dumb enough to get stuck.
5. Why did she lock the door to go to the bathroom if she lived alone?
6. Walls in apartments are paper thin. Why didn’t she try to break through a wall?

This is what we do. We react to what’s happened to other people or what other people have chosen to do. It’s what we’ve been doing forever it’s just that now we have a forum for the masses to hear or read the opinions that we are certainly entitled to have — but they sure can be mean.

“You are dumb. You are wrong. You are selfish. You are a bigot. I am smarter. I am right. If I could just help everyone be as wise as me.” If we heard someone those exact words we would recoil at the arrogance of it. But usually we’re smart enough not to say those exact words. We’ve learned to sugarcoat it or veil it in “opinion.”

We do this at work and with our friends. We do it where we volunteer and with our families. We do it regarding news stories and politics and the latest celebrity scandal. Children and young adults learn early to do it to each other.

Of the six reactions above, only one (the first one) is based on enough fact to have any merit. How often do our own reactions in other situations fall into the other five categories?

If an opinion has the potential to be cruel/judgmental/mean-spirited, a good self check could be: Is what I’m about to say/write kind? Is it true? Is it well-researched? Is it helpful? Will the world suffer greatly if I don’t share my opinion?