How to handle the help rejecting complainer 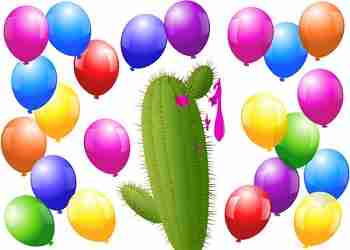 People are fascinating. And occasionally frustrating. Working (and living with) people opens up the possibility of a communication challenge now and then, yes?

Sometime during the last two decades of coaching, I came upon a remarkably accurate name for a very specific trait.

The Help Rejecting Complainer (HRC). This is a term coined by Jerome Frank in 1952 to describe a person (let’s call this person, Biff) who is so invested in being miserable that though they’re evidently unable to pull themselves out of the hole they’re in, they’re also unwilling to let others help pull them out. Biff complains ad nauseum about whatever miserable, unfortunate or unfair situation they happen to be plagued by while giving a million excuses why seemingly reasonable solutions to their dilemma won’t work.

I’m not talking about someone who is in a temporary funk and just needs someone to listen while they wallow for a bit. No, this is the chronic downer who wants interminable sympathy for their unbearable — and entirely unique — plight.

Here is how to handle the true help rejecting complainer.

First, don’t offer advice or solutions. Giving advice just provides ammunition for the HRC to reject, so don’t play that game. Instead put it back on the HRC to tell you how they plan to address the issue. Say, “Boy that’s awful.  What do you think you should do?”  Ask the question in different ways but always put it back in their court to come up with potential solutions.

Or, gently and tactfully share that you won’t be providing any options for how to get out of this debacle because history indicates that nothing you offer will be met with a willingness to try it. You’ll need some examples of ideas you offered that were rejected which could open the situation up to another long discussion about why your ideas stunk. This option does run the risk of the HRC getting angry and defensive so if you’re not ready to artfully handle that kind of conversation, you’re better off sticking with the first option.

As a last resort

Vote Biff off of the island. Banish them from the kingdom. Eject them from the game. Just get away from Biff. Your time is limited and what you can’t fix you should do your best to avoid. Anything else just creates frustration and wastes your time.

There’s no need to suffer through dealing with this kind of person – or any other annoyances that plague your day. The Minute Shift is a quick (60 seconds or less to read) tip with solid advice for deftly managing your time and artfully navigating on-the-job relationships. You can sign up here: [mailchimp_in_post_signup]u